What is fracking and Why Is It So Controversial? 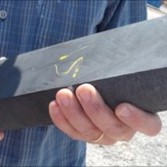 What is fracking and Why Is It So Controversial?

The government has given the green light to allow fracking to take place in the UK. This technique used to recover gas and oil from shale rock has a lot of controversy surrounding it. But it could also give the construction industry a welcome boost.

What exactly is Fracking?

Fracking is the process of drilling down and creating tiny explosions to shatter and crack hard shale to release gas. Water, sand and chemicals are injected into the rock at a high pressure to force the gas to flow out.

So why is fracking controversial?

Although much  of the water used is collected from the well and processed, there have been concerns raised that there could be leakages of carcinogenic chemicals into the drinking water supply, though this is still highly contested by many.

How Could Fracking Benefit The Construction Industry?

By boosting the worldwide gas supplies using this method, the market cost could be significantly reduced.  Although it is not thought that it will supply a large proportion of the UK’s gas needs, it has had a huge effect on the US domestic market and halved gas prices and led to a worldwide glut.  Fuel costs account for a huge proportion of the costs of production, and if we can lower those then costs of goods could also go down.  For a challenging time economically, this could give huge benefits for the construction industry.

As a supplier of solid surfaces to the construction industry such as bathroom surfaces, bar tops and hospitality bathrooms, we do benefit from the fact out product is British made. Therefore our fuel costs are already lower as we have less distance to travel (also good for the carbon footprint!). However, we would still feel a benefit of a lowering of the costs of fuel and the knock on effect it would have. Here’s hoping that this new technology works and the entire construction industry can benefit!

For more information on solid surfaces supplied by Versital, contact the team direct on 01204380780, or email sales@versital.co.uk.